Have you ever enjoyed a book so much that you wish you could erase your memory and read it again for the first time?

I have quite a few such favorites. They’re all permanent residents of my bookshelves; old friends that I occasionally take down and visit again. Though I already know what’s going to happen, I still derive pleasure from the characters, the atmosphere, the theme, or the narrative qualities.

Today I begin a series of occasional blogs on this subject with A Separate Peace, by John Knowles. It tells of two boys at a prep school during World War II. Gene and Phineas are enjoying a carefree summer as roommates when a traumatic accident threatens to 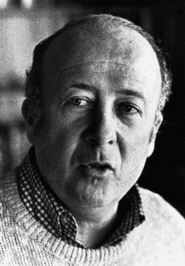 destroy their friendship. Though they try to carry on as if nothing happened, the schism remains close to the surface.

Like the incident, the war is a looming shadow over the schoolboys. Occasionally it seeps into their privileged lives, particularly in the case of Elwin Lepellier, a fellow student who becomes enamored by the lure of military adventure and decides to enlist. Elwin’s experience serves indirectly to exhume the buried pain between Gene and Phineas.

Every character in the story is interesting, but Phineas is unique. His passion for athletics is eclipsed only by his loyalty to Gene and his determination to carry on as though nothing between them has changed. Though he lacks Gene’s academic gifts, his indomitable personality is the fire around which the other boys rally. To me, it’s a symbol of the patriotic spirit that held Americans together as they rallied to fight and defeat the Axis powers.

First published in 1959 and reprinted many times since, A Separate Peace is the only famous work of John Knowles’s career. I recommend it to teenagers, young adults and anyone who believes in the value of friendship and treasures stories about it.

Do you have a favorite book you wish you could read again for the first time? Tell me about it on my Contact page and I’ll share it in a future blog.