A Gentleman in Moscow: A Chevron Ross Book Review

Amor Towles recently announced that his new novel, The Lincoln Highway, will be available on October 5, 2021. For those who haven’t heard of this author, I enthusiastically recommend his previous novel, A Gentleman in Moscow.

You wouldn’t think that a story about a man living out his life in a hotel would have much to offer. On the contrary, it’s a smashing success, thanks to the author’s inventiveness and endearing characters. 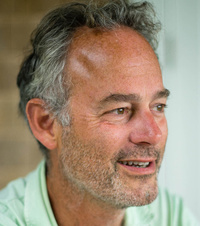 In 1922, a Bolshevik tribunal sentences Count Alexander Rostov to house arrest inside the swanky Metropol, an international hotel in Moscow. Though spared the fate of other aristocrats, the tribunal warns Rostov that if he ever tries to leave, he will face death.

Rostov is a man accustomed to the good life. How will he survive the tedium? The answer is in the Count’s resourceful nature. He exercises his social skills to build relationships with the hotel staff and its visitors, especially Nina, a young girl who teaches him what life is like for ordinary Russians. And though the Count can no longer venture forth into the world, the world finds its way to him in the persons of an actress, a Kremlin official and a friendly American.

Memorable moments include the Count’s rooftop encounter with the hotel handyman, who shares with him coffee and bread topped with honey; Nina’s effort to test Galileo’s theory of gravitation by dropping a teacup, a billiard ball, a dictionary and a pineapple from the ballroom balcony onto the dance floor; and the Count’s furtive efforts to help the kitchen staff prepare an exotic bouillabaisse.

A Gentleman in Moscow is also an adventure in gentle wit and philosophy, so skillfully interwoven through the narrative that one cannot do justice to it with random quotations. As Russians discover that, under Stalin, they have merely traded one brand of tyranny for another, the author is cleverly setting us up for a gripping climax, ingeniously patterned after one of the most beloved movies in cinematic history.

As with many great novels, this one’s success lies in its characters. Rather than succumb to the despair of claustrophobia, Count Rostov finds solace in his friends, and triumph in a human spirit stronger than the bureaucracy bent on subduing him.

For me this is a five-star novel, with no foul language and only vague references to sex. A rare treat these days. Look for it in your favorite independent bookstore, or order it online.