Seven years after his mother’s death, Len Holder awakens one morning to find her alive again. Impossible as it seems, Len must relive a strained relationship dating back to his father’s loss in World War II.

At seventy-eight, Len considers himself a failure. In his youth he was a struggling writer who settled for a series of office jobs to pay the bills. While his brother Joey became a famous sportscaster, Len took care of their aging mother. By day he works as a claims adjuster. At night he lives alone in his mother’s house, tinkering with a novel he can’t seem to finish.

Seven days pass as Mom resumes tormenting Len with old grievances. Meanwhile, other mysteries pile up. Len keeps hearing fragments of Joey’s radio show in his childhood bedroom. His sister reports disturbing phone calls from Mom. Strangers he meets look like people from his past. Other strangers have taken over his insurance office.

Then Len gets word that his beloved boss Miranda has been gravely injured in a traffic accident. Eventually, Miranda’s fate and a shocking secret from the past reveal that Sharon Holder’s resurrection is not what it seems to be.

The Seven-Day Resurrection is an intimate parable for senior citizens, and for any reader who has been thrust into the role of caregiver. 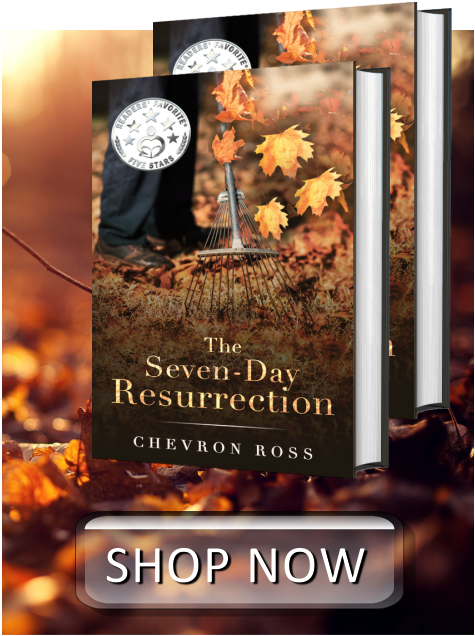