All the Light We Cannot See A Chevron Ross Book Review

Anthony Doerr’s narrative reminds us that human beings define themselves by what they value. An orphaned German boy values knowledge, asking endless questions few of us ever ponder, such as “Does a bee know it’s going to die if it stings somebody?” or “Why doesn’t glue stick to the inside of a bottle?”

A French girl values her father, the vast museum world in which he works, his intricately-designed birthday gifts, and her braille copy of 20,000 Leagues Under the Sea.

Contrast that with the ruthless Nazi officer who values only a priceless gem thought to carry a legendary curse capable of inflicting death or bestowing eternal life.

The things we take for granted suddenly acquire great value when overshadowed by changing circumstances. In the world of All the Light We Cannot See, the mere value of survival is paramount. Set in the years preceding and during World War II, Doerr’s novel parallels the experiences of two children, Marie-Laure LeBlanc and Werner Pfennig. Marie’s father escorts his blind daughter through Paris each day so she can memorize her route, counting steps between storm drains and using her fingers to learn the city via a scale model he has crafted for her. 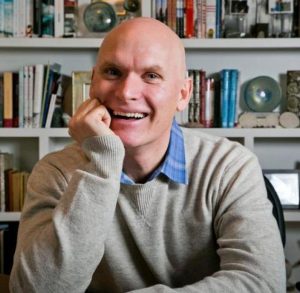 Werner grows up in a coal-mining community near Essen, surrounded by sick and impoverished orphans like himself. “Sometimes they manage to find potato peels or carrot greens in trash bins; other afternoons they collect paper to draw on, or old toothpaste tubes from which the last dregs can be squeezed out and dried into chalk.” It’s a barren existence Dickens might have penned.

Given such bleak circumstances, we admire the youngsters’ tenacious determination to learn, simply for the joy of learning. While Marie studies marine life, Werner teaches himself radio circuitry. When the war disrupts their lives, they employ what tools they possess to survive. Marie and her agoraphobic uncle fight a covert war together, the girl counting her steps to the bakery to smuggle back messages baked in bread for her uncle to broadcast on his hidden radio. Werner escapes combat by using his electronic wizardry to ferret out resistance fighters. Though Marie and Werner are enemies by nationality, the war is leading them to a climactic encounter with a German officer searching obsessively for the diamond he believes will save his life.

This is a book to relish for its imagery and its vivid attention to the details of desperation. How terrifying to be blind in a city where everything you know and love is gradually disappearing into the black hole of Naziism. “The city, thinks Marie-Laure, is slowly being remade into the model upstairs. Streets sucked empty one by one … It’s what a mouse must feel, she thinks, as it steps from the hole into the open blades of a meadow, never knowing what shadow might come cruising above.” Werner, himself trapped and blinded in the darkness of a bombed building, “thinks of his childhood, the skeins of coal dust suspended in the air on winter mornings, settling on windowsills, in the children’s ears, in their lungs.”

Like all wars, this one subsides, and life goes on. The values we salvage from the rubble of catastrophe determine how we shape the future. And in Anthony Doerr’s world, there is most assuredly a future.

Though I detest foul language, its few occurrences in this book weren’t serious enough for me to downgrade the five-star rating Doerr’s craftsmanship deserves.