It’s hard to read this book without thinking of Joseph Conrad’s Heart of Darkness. A woman’s journey into the Amazon forest to find an eccentric scientist isn’t far off the mark, and I wonder if Ann Patchett had Conrad in mind when she conceived this tale.

Dr. Marina Singh, researcher for a pharmaceutical company, receives word that a colleague has died while investigating Dr. Annick Swenson’s research project in the Brazilian jungle. Sent to find out what happened, Marina learns that Dr. Swenson has discovered a breakthrough drug that could have enormous impact.

Marina carries some heavy baggage on her journey. The loss of her father still torments her in dreams, and an accident during her medical residency has rerouted her career. Her jungle adventure itself is nightmarish, but it brings to the surface resources she didn’t know she possessed. 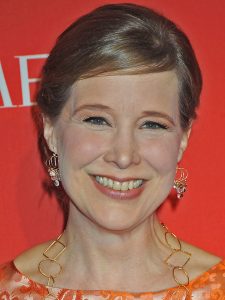 The most interesting character is Dr. Swenson, whose cold pragmatism could put to shame the Spock character from Star Trek. Her research project is her life, and she considers outsiders an intrusion on it. But, stuck as she is in a hostile environment, even Dr. Swenson is forced to adjust to circumstances, including the results of an astonishing experiment on herself.

Patchett seems to possess a deep reservoir of knowledge about every aspect of this story, from medical practice to pharmaceutical drugs to primitive tribal cultures. I came away amazed that human beings could survive at all in such perilous conditions as she describes. A heart-pounding battle with a giant anaconda is only one of them.

This is my sixth Ann Patchett novel, and I hope it won’t be the last. It’s rare to find a writer who puts so much exquisite detail into her work. I have limited my rating to four stars only because of a scene containing some offensive language.