Conspiracy Theories and the Price of Obsession

In this dark age of rampant conspiracy theories, it’s hard to imagine a better cure for them than a journey through Juan Gabriel Vásquez’s magnificent novel, The Shape of the Ruins. The author has taken on the task of showing how poisonous obsessions may lead to the destruction of their adherents.

Vasquez draws parallels between the 1963 Kennedy assassination and the murders of two Columbian political figures in 1914 and 1948. Here we find the same patterns: insignificant men whose infamous attacks reshaped their nation’s destiny. For America, it was the death of Kennedy’s New Frontier. For Columbia, the 1948 murder of President Jorge Eliécer Gaitán Ayala ushered in an era of violence in which at least 300,000 people died.

The author’s relentless pursuit of details is almost breathtaking in its scope. Readers who have researched Kennedy’s murder are sure to think of Lee Harvey Oswald, Jack Ruby, and the many loose threads of the investigation that have spawned conspiracy books and films. Vasquez lures us into a dark maze of details and unanswered questions that haunt and confound those bent on untangling the Columbian mystery.

Vásquez explained the origin of his novel in an interview with Gwen Burnyeat: “In 2005, I met a doctor, the real version of the novel’s fictitious Dr. Benavides, who invited me to his home saying that he had something to show me. He opened a drawer and produce 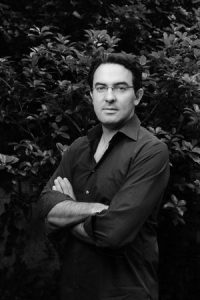 d a human vertebra in a jar of formaldehyde, saying that it had belonged to Gaitán himself. And then he showed me something else: part of a human skull with the initials RUU. This, he said, belonged to Rafael Uribe Uribe, another politician famously murdered in a less-than-clear situation, in 1914. I immediately realized I had a novel on my hands.”

This is not a book for the impatient reader. Though fictional, it is a painstaking fact-based detective story in which the narrative artery splits off into smaller arteries leading to capillaries. But the leads are worth following. Speaking in first person, the author tells how he became involved with Carlos Carballo, a Columbian man obsessed not only with the Gaitán assassination, but the murder of the charismatic Uribe. Initially rejecting Carballo’s conspiracy claims as groundless, Vásquez eventually finds reason to explore the long-dusty trail of shadowy figures lurking in the wings.

Like all conspiracy tales, it comes down to how strongly one chooses to believe in suspicious but unprovable allegations. For the reader, this is a highly plausible exploration of how one’s psyche – indeed, one’s entire life – can fall victim to obsession.

The Shape of the Ruins contains a sprinkling of offensive words throughout. Otherwise, I cannot recommend it highly enough for its scholarship and brilliantly constructed narration.

You can read Gwen Burnyeat’s complete interview with the author at the following link: